God’s Design For Our Nutrition?

I am proud to admit that I’m a man of faith. I do not subscribe to blind religious ritual, but believe that for the spiritual things ‘make sense’, and that spiritual logic tends to unfold as the Creator begins to reveal it to the human mind. That said, I wish to share something I discovered in the Holy Bible.

You see, when I started sharing information with friends about health and nutrition, the fanatical  ones would tell me that they believe only in “divine health” and therefore do not need ‘drugs’ (referring to food supplements). Although I am a committed Christian, I found their stance to be irrational, and decided to look at the Holy Writ for something that could help them.

The Bible says this of itself: All scripture is given by the inspiration of God and is profitable for doctrine, for reproof, for correction, and for instruction. It also says that ‘godliness is profitable for all things… useful for this life and for the life to come” (paraphrased). A well-known Christian leader once called the Bible “the Manufacturer’s Manual” for mankind. In this regard, I made several interesting discoveries in the Book that relate to human nutrition. In this post I want to share just one of these truths.

According to the account of creation found in the book of Genesis, God made everything and saw that it was “very good”. It records that the Creator provided for the nutritional needs of animal and human life, specifying what it was they were to eat.

For mankind, he provided for 2 main food sources as stated in Gen 1: 29, “God said, Behold, I have given you every herb bearing seed, which is upon the face of all the earth, and every tree, in the which is the fruit of a tree yielding seed; to you it shall be for meat”. From this scripture, the inspired record reveals that God’s recommendation for man’s nutrition was:

The first food class seems, to me, to be more than the actual words suggest. When compared with the Creator’s prescription for animals in the following verse, which is “every green herb”, we find that they are not quite the same. If one uses a good Study Bible, one will find that God confined animals to feeding on grass. (I know, one may argue about carnivores, but I will not go into that lengthy discussion in this post, but trust me it’s not an oversight)

Now, back to man’s food. The Bible has shown that God designed the human body to thrive on the “herb bearing seed” first, followed by fruits. This truth has been corroborated by nutrition scientists and healthcare experts as indicated in the figure below:

This is an oversimplified version of the Healthy Food Pyramid, but it reveals that the bulk of a healthy diet should consist of whole grains followed by fruits and vegetables. It is clear that the “herb bearing seed” spoken of in the biblical record represents whole grain such as wheat, rice, etc. The “fruit of a tree” aspect is self-explanatory. I am not trying to be academic here, but I think that’s good nutritional advice from the Bible.

It has been said that 95% of the general population do not get the required nutrients from their food, and that a staggering 75% consume foods that are actually harmful to their bodies. Is it not remarkable that the biblical account states that the woes of mankind actually began when they decided to eat what God did not prescribe for them? 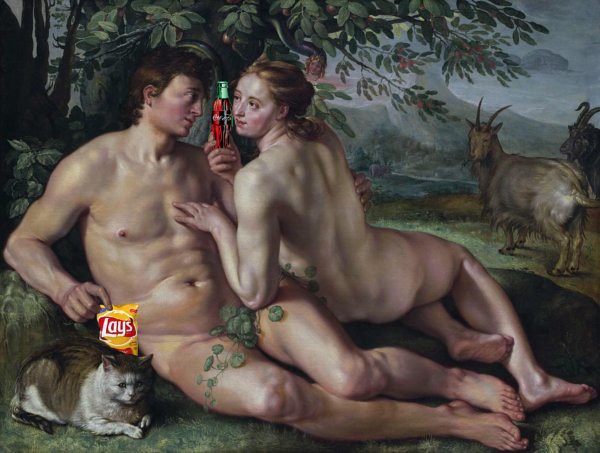 11 responses to “God’s Design For Our Nutrition?”

This site uses Akismet to reduce spam. Learn how your comment data is processed.